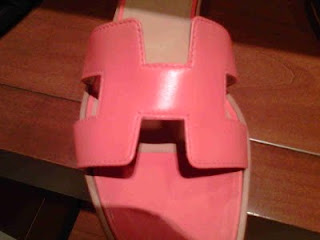 Pardon my attempt at a little tongue-in-cheek attempt to introduce the subject matter of this post: the Birkin.
This post is being written, taking into account that there are many people in this world who don't know the Birkin and to all those - don't worry - stay tight for a little Birkin 101!

Victoria Beckham owns a mind blowing 100 plus Hermès bags (over $2 million dollars worth, according to Purseblog.com). Top of the list from her enviable collection is her Hermès Ostrich, Crocodile, Rouge and White and Black Clemence Birkin bags.Rumour has it that hubby, David Beckham once gifted her an £80,000  diamond studded Birkin! I can't even imagine the special Birkin that would be commissioned in celebration of the birth of their first girl.
However, Mrs Beckham is certainly not alone in her hankering for Hermès, as the designer label's extensive waiting list of high profile names lays testament to.

And true to claim, my curious eyes made a beeline for the hand bag corner as soon as I entered the boutique; only to be promptly informed that all the Birkins were pre-ordered and were sold out. Wow, that is day 2 for you...
On 20th July, Hermès opened its flagship boutique in Mumbai at a wonderfully historic and apt location - at an Art Deco building along the Horniman Circle Garden, in front of the beautiful Asiatic Library. Sans any elaborate invitations or announcements, the legendary French house opened its doors to the city. With 3 un-missable full page advertisements and simple mailers, the 15,000 sq. ft store commenced business. The moment I saw the announcement, I was itching to go and devour the space. Hermès boutiques have always been known for their clean lines and "maison" like layout. More than the interiors, the wares are the stars. Gorgeous silk carres drape one wall, another wall is highlighted by the dramatic Equestrian pieces, the colourful beach towels provide distraction towards the home section and the enameled bangles tease you towards see the Bijoux and Gifts area. Not to mention, the strong link Hermès has always maintained with the Arts. Almost all its flagships have an area dedicated to contemporary art display.


Unlike the other luxury brands that the country has welcomed, Hermès has taken some unusual and distinct steps whilst entering India. Most people wouldn't even know that Hermès has been in India since 2008, tucked in a little corner of the Oberoi Hotel, New Delhi. It is believed that their motivation for coming to India has not been based on statistics, but because of the strong Indian customer based it enjoys in London and Paris. Next, after lying low for the past 3 years, Hermès took its second step, opening another corner, this time in a Tier 2 city, Pune. You might think, "why Pune?" Visit Pune to find out! The city is bustling and crawling with professionals, industrialists and real-estate developers, over and above the growing number of expats and tech guys. Moreover, the Pune-ites are getting increasingly brand conscious and the community of ladies-who-lunch is strong. With the swakiest real-estate and hotel projects under way (For example; Phillipe Starck's YOO! Pune project), the life style is pretty darn good and its only going to get better. Hermès picked the Istaa Hotel in the upcoming Yerawada area for its second venture. Smart, I say!


After months of searching for a perfect location in Aamchi Mumbai, they finally stumbled upon 15A Horniman Circle, the building which happens to be located at “point zero”, from where all distances in the city are measured. Architectural firm RDAI (The Paris based firm which designs all the Hermès boutiques around the world), meticulously restored the facade and 3,500 square feet of interior space, incorporating the signature mosaic floors, wood and leather that are common across many of the brand’s outlets. In fact, Hermès, which runs a philanthropic arm called the Hermès Foundation, has already donated money for the upkeep of the Horniman Circle gardens and will support the renovation of the Asiatic Society Library by donating proceeds from the sales of its special edition “La Danse du Cheval Marwari” silk scarf.


In another departure for its stores in India, the second floor has been converted into a gallery space, which is currently showing an exhibition by German photographer Karen Knorr. French CEO, Michaud says they will use it to host a mix of Indian and French artists, as a way to promote a “Paris meets Bombay” exchange of ideas.
I appreciate the ideals with which the Mumbai project has been laid out and hope the store does well...Go there with heavily lined pockets and an open mind!
The only grouse I have is the "H" Belt Army that is going to take over the city....girls and boys sporting the signature-buckled belt that sort of screams, "Here I am!"


Well, Hermes is certainly here indeed and is in it for the long haul. 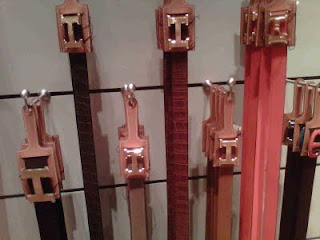