Let’s back it up just a little bit and rewind to the Republic Day long weekend. Ok, great – Pause it right there. Perfect: 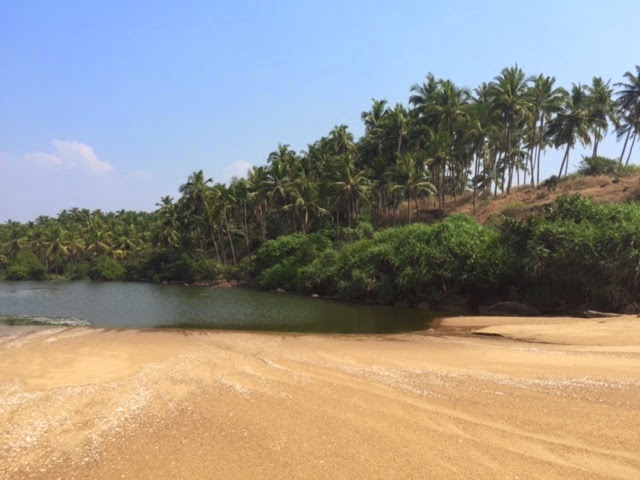 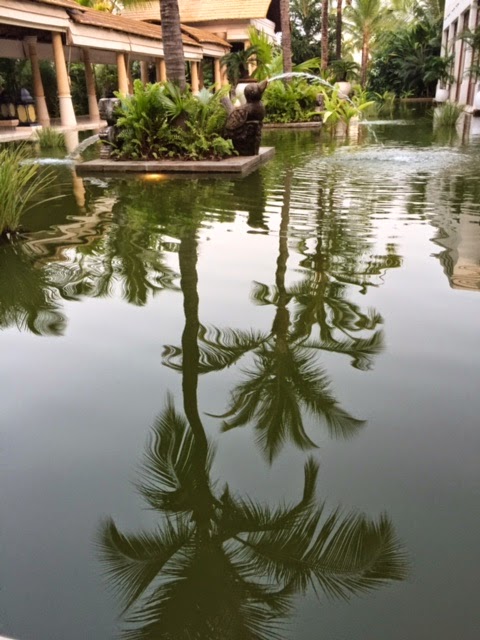 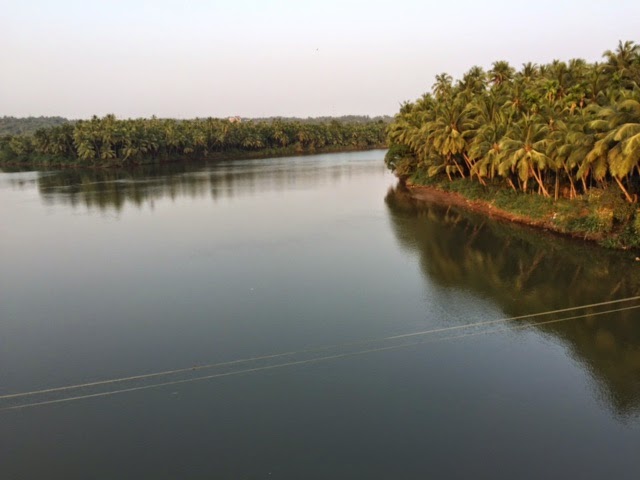 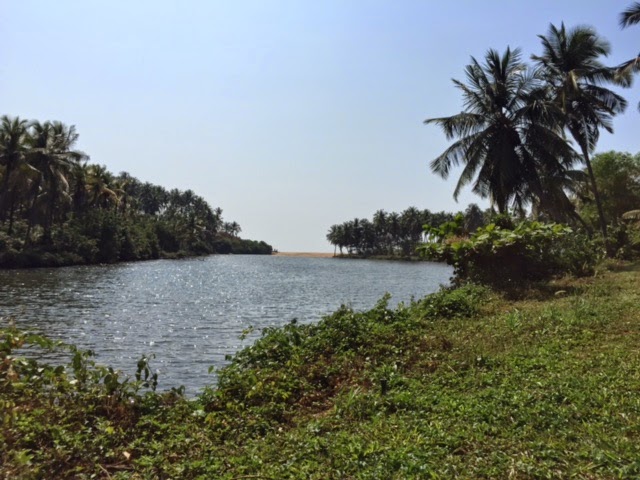 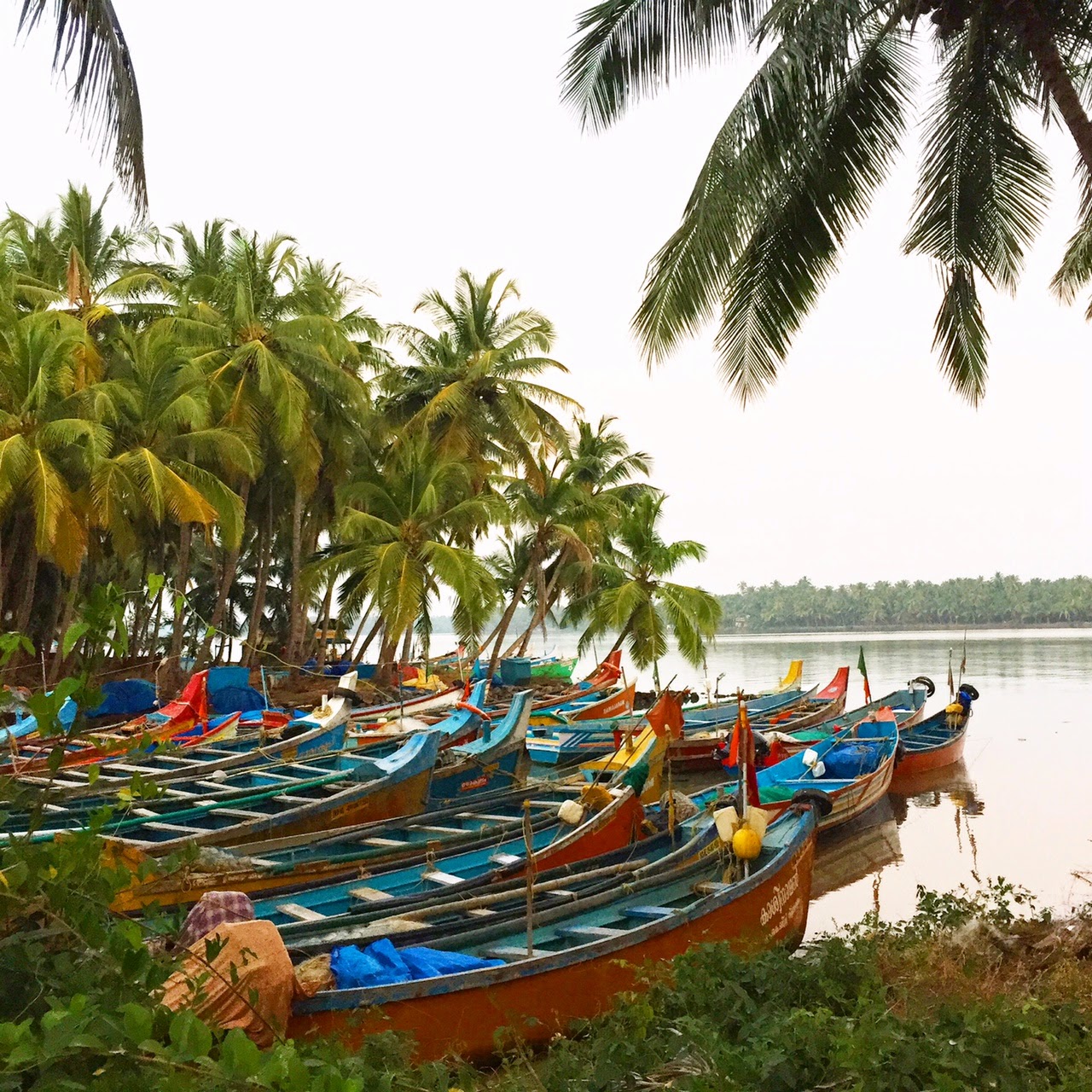 Some of the sights and scenes from my weekend break in the Backwaters land of Kerala. My first trip to ‘God’s Own Country’ was quite wonderful. It was an utterly last minute and spontaneous trip where I didn’t have to do anything other than pack and show up! Pretty neat. I went along with my favourite travel companion and her parents to Bekal, which is located at the Northern most point of the state. In fact, to get to the resort (Taj Vivanta), one lands in Mangalore, which is in fact Karnataka and then involves a two-odd hour drive to the seaside town of Bekal. The uncomfortable drive down the narrow and poorly constructed NH 17 is beautiful for the lush foliage and true-blue water bodies that paints a pretty picture all the way. It is nice to note that I found the land clean and unkempt. The seemingly lazy towns all had electricity supply, water and a bustling bazaar life. Not to mention, the many schools and mosques that were there at every kilometer or so. Statistically, Kerala holds a 100% literacy rate so the number of school kids and educational institutions along the route I took, pointed toward that statistic.

Bekal has come on to the travel map thanks to the Taj group’s newest property there. I learned that they chose Bekal as it was a new spot – Kochi, Kovalam and Kumaram have all been well-discovered and have plenty of established hotel resorts.

Typing this out, I am chuckling to myself because of all the capital K’s I have just typed out. Will do it again:
I spent the first day on Kappil beach, BeKal, which is in Kerala. The closest city is Kasargod and the hotel is located on the Kanhagad Road.

But more prevalent than the K factor, is the abundance of coconuts and bananas. Erm, I didn’t mean to sound any other way, other than factual, of course! But this region of Kerala (Kasargod to be precise) houses the world’s largest coconut crop research institute – CPCRI (www.cpcri.gov.in). Nothing spells tropical more than a willowy coconut tree, bending lustily toward the sunlight and in Kerala, one won’t tire from seeing abundant, luscious grooves all through the coastal topography. And if one looks closely, one will see that these trees provide shelter from the sun to the smaller banana trees that are grown under/between it. In fact, my sole purchase from the holiday as 2 kg’s worth of banana chips to be distributed among the family.

The weekend was spent kayaking down the backwaters which the property is developed around, enjoying the ocean spray on Kappil beach whilst tanning and collecting shells, taking a look at the infinite coastline from the towers of Bekal fort, adventuring on a remote river island whilst taking a houseboat cruise and generally eating lots of khaana... 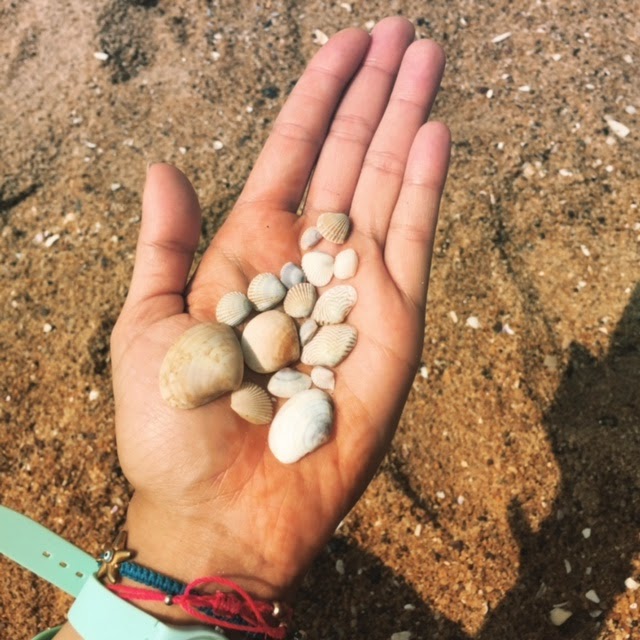 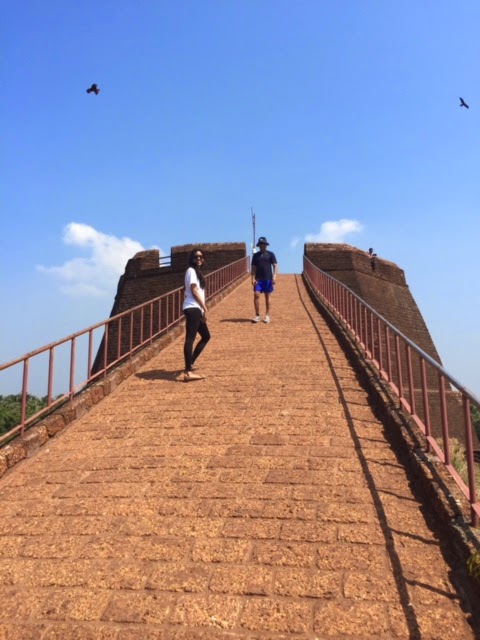 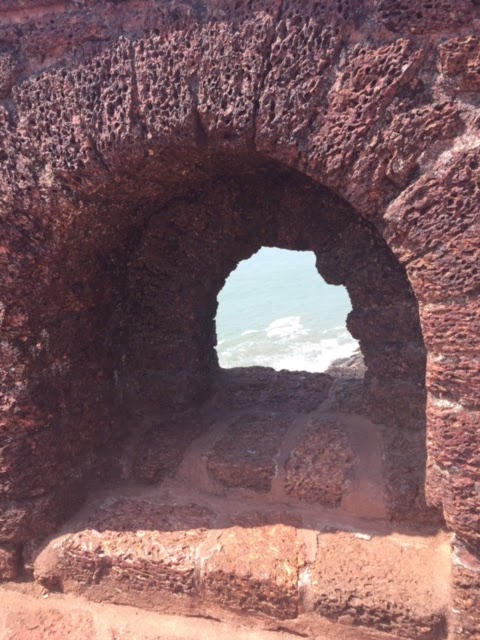 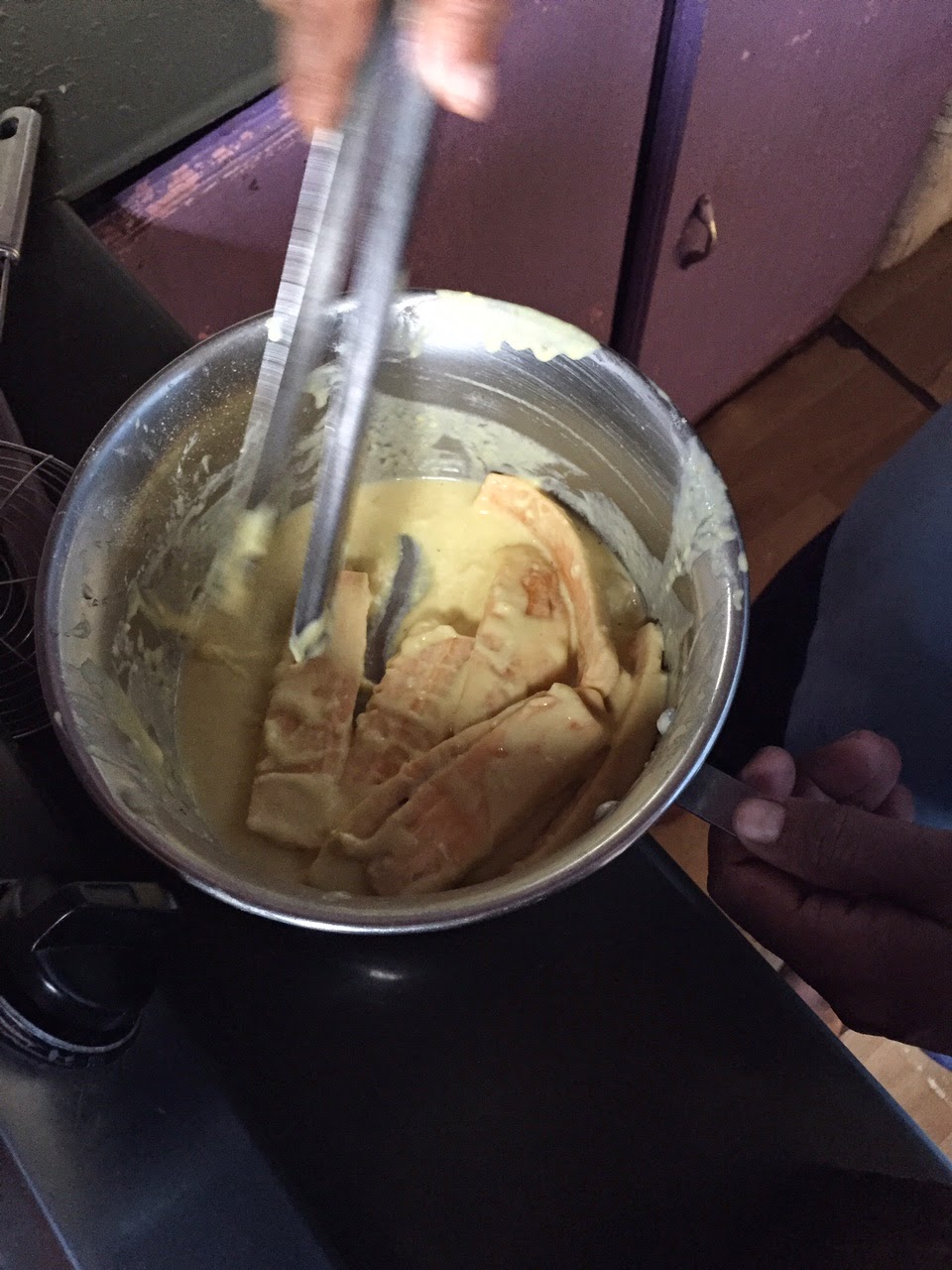 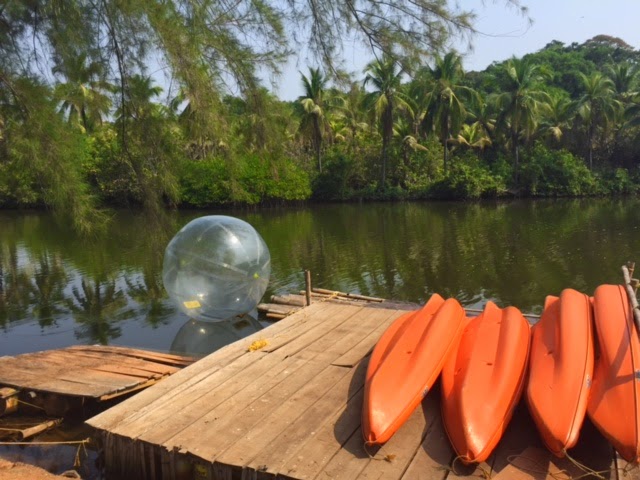 Not to forget a mixology lesson under the tutelage of the hotel's principal bartender Prince and his sidekick Shining Star. These were their given names, clearly their parents have set high aspirations to them. It was fun to learn how to make a classic mojito and a classic caprioska. 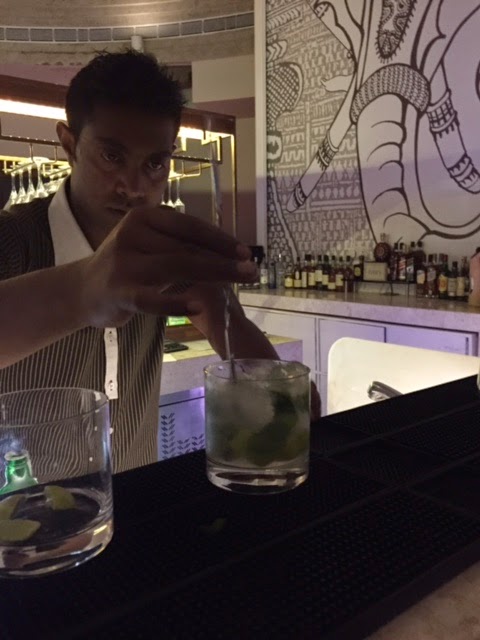 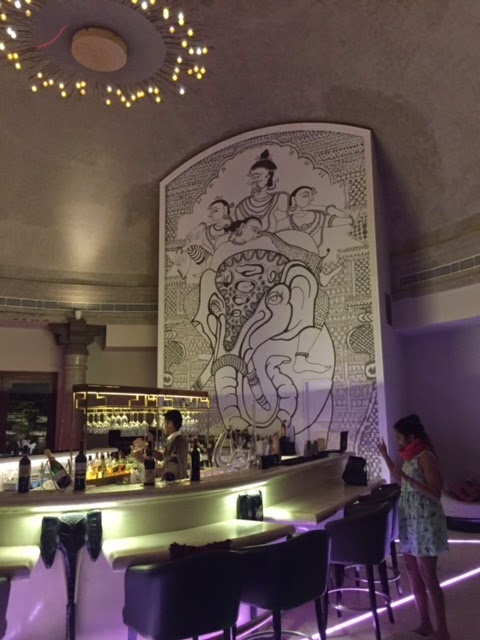 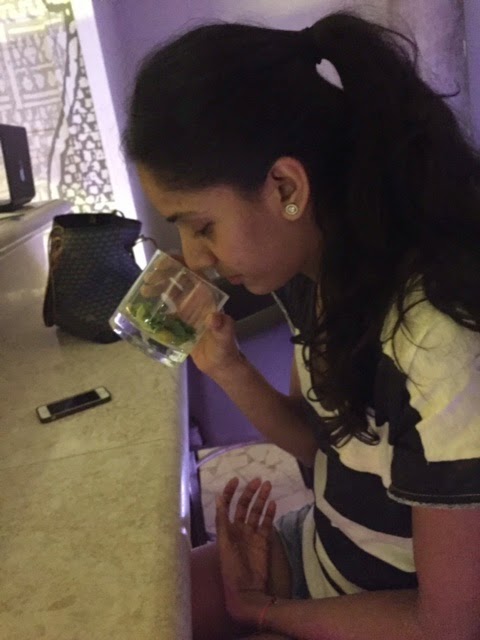 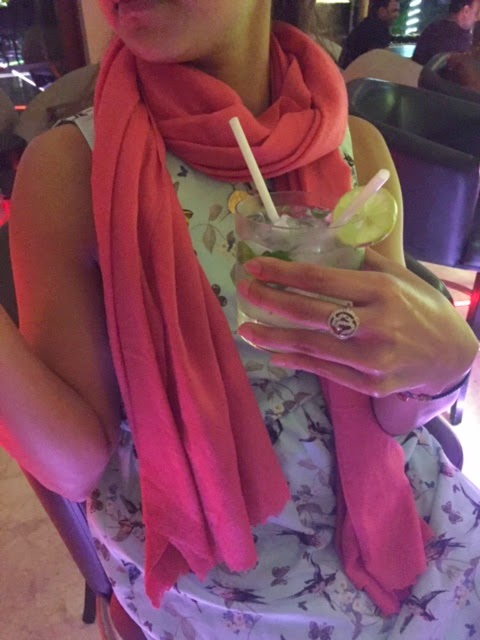 Well okay, drinking them was probably the best part of the lesson! Whilst on the topic, I was surprised to learn that the state government has pulled the alcohol prohibition strings as recently as October 2014, in an attempt to curb its rowdy drinking problem! A peculiar site that we encoutered during our stay would be a line of lungi-clad men standing in serpentine queues that led to a cubby hole in a random lane, where they could purchase their daily dose of daaru. Wikipedia and BBC reveal-


30th October, 2014 The Kerala High Court has upheld the state government's decision to ban the sale and consumption of alcohol to tackle the state's drink problem.
The order means that nearly 700 bars as well as some shops will be shut in a move towards total prohibition.
Bar owners and hoteliers who challenged the government order say they will now appeal in the Supreme Court.
Kerala has India's highest per capita alcohol consumption at more than eight litres per person yearly.
The national annual average for alcohol consumption is estimated to be about 5.7 litres per person.


(The article can be found at http://www.bbc.com/news/world-asia-india-29829015)
Meanwhile, the weather in Mumbai is still quite lovely in the evenings and another week drew to an end watching the sun setting lustily into the Arabian Sea from the terrace of my sisters home with children, music, cake, bhel and the banana chips, of course! The 1st of February marks my younger niece’s 1st birthday, just two days after celebrating my father’s 75th birthday. He has the same curiousity and zest for life as my nieces, which is the beauty of it all.