The Way I Are

Sorry that I seem to be utterly excited that 2014 is now a thing of the past but it was a pretty below-average year for me and by the end of it, I was ready to get on with it and ring in the new. No matter how out-of-it we may feel; my family and me are infused with festivity by the end of November when the delicious decadent vibe of December starts creeping in and enveloping the world over! The last month of the year conveys an infectious message of joy, gratitude, forgiveness, sharing, lights, food, love, and family.

Unfortunately, December 2014 was marked by certain depressing and shattering world events completely unaligned from the above stated notions. Lights were most certainly blazing away, but lights of a different kind. From the Peshawar massacre, the Sydney café hostage holdup, the impending ISIS crises or the disappearing Malaysian airline plane – it was a time marked by blood, tears and innocent loss. A tragic time for all of humanity. Wherever the perpetrators of these events are, I hope divine justice swoops in and deals with them in the right manner. Political discourse and commentary are most certainly not my forté and I will leave that to the more knowledgeable to comment on.

Knowing that I can say, write and illustrate my own feelings and observations of the world around me, is a gift I have been born with - The Freedom of Expression. The very basis of my micro blog is this basic principle and freedom that I take for granted because I can and I should. As I type this, members of the Free World are agitating the 7th January 2015 massacre. 3 gunmen stormed the offices of satirical newspaper Charlie Hebdo in Paris Wednesday and opened fire, killing at least 12 people in what French authorities are calling the worst terror attack in four decades. The masked gunmen shouted Islamist slogans and exchanged gunfire with police as they fled and continue to remain on the run.

This particular tragedy has shaken the international literati and glitterati out of their complacency, as it has occurred in the City of Lights, a city hitherto known for its rich history, literature, fashion, architecture, and gastronomy; less known for its strikes, manifestations and alleged secularism. In India, we are confronted with such horror stories rather often and it scarcely seems to worry the international community when it happens. Poor nation, poor people theory….

Paris has been the birthplace of so many important and revolutionary artists, poets, writers and philosophers. This quality epitomizes the spirit of the city, making it the city of the Arts and to have something so grave and terrifying occur so brazenly has shaken the world with supporters showing solidarity adopting the #jesuischarlie tag. 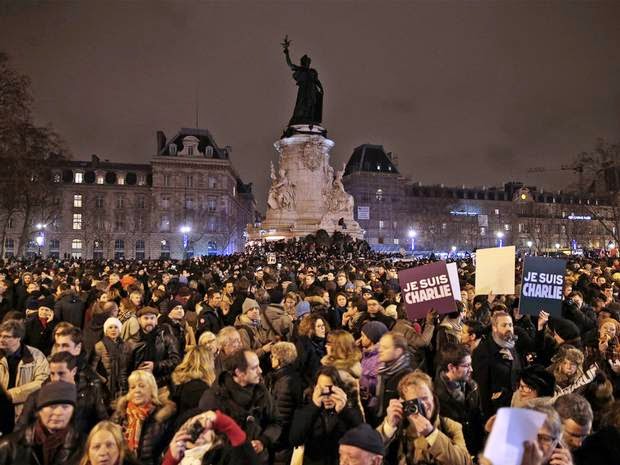 In two weeks, Mumbaikars will see the better side of its citizens on 18th January 2015 with the Standard Chartered Mumbai Marathon fever taking over. The SCMM is particularly close to my heart as I have had wonderful memories running as a Dream Maker (Feel free to support my cause at http://www.unitedwaymumbai.org/fundraiser-3954 ). One gets to see the wide diversity in the people of this marvelous city who come out to support, cheer and enjoy the bonhomie and energy felt on this Sunday every year. I see people much older than me running the half marathon with such dedication and determination, handicaps smiling away as they make their own way towards the finish, crazy people dressed up in strange costumes shouting some slogans, models, actors, industrialists – all coming together to celebrate the city of Mumbai and pitch in. But this amazing energy seems to be forgotten before and after and right after, things fall back into the usual rut. Why should it be so? When we get together for the right reason, good things will and can happen…I hope the good forces continue to preside and the Island City sees actual progression in this year and the years to come. 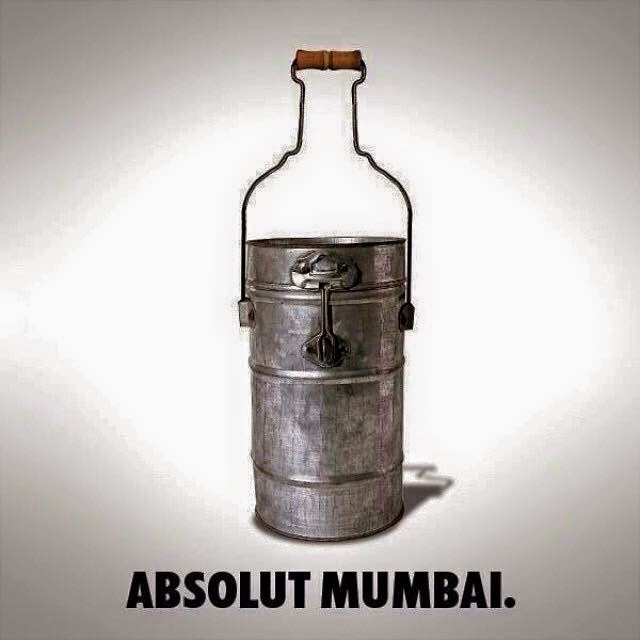 Next up in January is the visit of US President Obama for the Republic Day celebrations for which all our roads have been dug up overnight and all sorts of infrastructure overhauls have harrowed us Mumbaikars. Let’s see what comes off the historic event, other than Obama ji picking up a humble jhadoo and sweeping the streets. To really cleanse the country, we all know it isn’t the roads that need cleaning…the erstwhile Shashi Tharoor might know a thing or two about that. 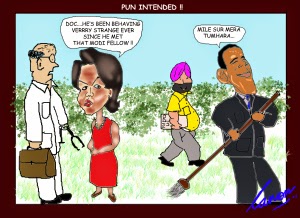 Erm that will be all from me for today. Don’t want to say more, alas I might have to watch over my shoulder.

But I will be back. Stay tuned! In the mean time, be mindful and be careful!

Sharing my song for the time that is now, and quite aptly so:
https://www.youtube.com/watch?v=r5l9-xNcV5E