Isn’t it funny how much time, energy and emotion we put into and onto people, events and activities that don’t do anything good for you. Well, I certainly have wasted precious hours and copious tears on irrelevant matters and am sure will do so in the future but hopefully less and less.

I haven’t written for so long and it’s a shame really for myself (I know I don’t have a gala of expectant readers waiting for my next post...or do I, now!?) since this is an activity that can be quite therapeutic and reflective. In my self-created whirlwind of mental activity (read: confusion) expressing my thoughts out does help clear the dusty haze a little bit and help me see beyond these distracting clouds of confusion that I seem to be walking through now a days.

So, Sunday NOTE TO SELF: Write it out

Back to what I like discussing: Food and Movies in the city; and I have lots of updates on both.

Let’s start with the food feature of the post, #Gagganrock (the official hashtag) up in Mumbai last weekend. The 36 year old maverick chef Gaggan Anand hit the city of Mumbai with a series of private sit-down dinners and also some twitter-advocated roaming food trucks, hitting a large audience from well-traveled palettes to the aam after-work aadmi.....True to his flamboyant style, he pulled off quite a show and had enough tongues wagging on the subject of his food and his craft. Here is a guy with quite a bio to reckon with, starting young, working hard and rebelling early. He is currently based in the city of Bangkok with his award winning, eponymous titled restaurant, Gaggan. Having the chance of dining at it precisely one year ago, it was a meal that I certainly haven’t forgotten. Experiencing his food lab was quite an experience and I vividly remember all that I ate (12 courses!) and drank. The concept is pretty easy, there’s three offers on the menu, going from a basic 10 course to 12 course and lastly, 15 course offer. Beyond that is his growing wine cellar and of course, the lab continues to experiment with its Gaggan signature cocktails. I will never forget his imaginative interpretation of a Long Island Iced Tea.
The food concept stems from molecular gastronomy (he continues to collaborate with El Bulli) and I know that the chef doesn’t like the use of that word (molecular) but essentially it really is that. Every course of your meal is an act in a play, making the experience like going to the theatre. In Mumbai, I was lucky to plus-one myself to a privately hosted dinner with other patrons of highly discerning taste (think hoteliers, food critics, corporation heads and other chefs). My mother had been most looking forward to this evening as she had not been with us in BKK, and had to make do with our rave-reviews on it.
Ironically enough, she was left untouched by the Gaggan experience and perhaps even a little hungry, if that is possible at the end of 15 courses! Yes, the food is a bit gimmicky and I felt I had “been there, done that”.  Indian food is challenging to experiment with and I am coming to believe that perhaps it is too tough to do a proper cross-over cuisine with our Desi dishes - they are better enjoyed the good ol’ fashioned way. Pretty plates and quirky names do make dishes amusing, but don’t entirely work at making it tasty. Especially for an Indian diner who craves something a bit more real and substantial, more so when he is paying a steep price for the meal. This kind of food works better to the more gentle taste-buds of travelers.
I would give Gaggan a huge kudos for his originality, creativity and crazy-food-scientist approach..he his only at the helm of his career and am certain his innate intelligence and rockstar personality will propel him to the better and greater. I look forward to trying his food some years at another international destination. Keep the Indian flag flying high!

I am not your Michelin-star going gal, but a few months ago, I stumbled into a delightful restaurant in Grenada that was in the that I was staying at. My favourite meal of my entire vacation was at La Fábula Restaurante under the guidance of Chef Ismael Delgado. Nothing beats eating dinner at 8 pm with the sun still out, in a lovely courtyard with fountain et all in a charming and historic town with flamenco music playing some where down the street as dinner-time music. With a giant rose stuck furiously in my hair, an accessory that I felt necessary for the flamenco performance I would go to watch later that evening, I was the first guest to the restaurant that evening. In Spain, people don’t eat before 10 pm so the kitchen was not up and about. Luckily, I had told the Front Desk that dinner couldn’t be later as I would then miss the performance, something i didn’t want to have to do given my one night in Grenada. The Chef was telephoned and he agreed to serve me early. He was charming and confident, asking us a few key questions (allergies, food preference and wine preference) and told me to trust him with what would soon arrive to the table...Okay then. When in Rome....
Soon came a whimsical plate of what I thought was table art only to realise it was the Amuse Bouche sent by the Chef. and amusing it certainly was! Have a look:

Each of the items, was delicious and different. every bite unraveled a novel taste and sensation. The local white wine selected by the maitre’d was terrific. I would return to that town for the wonderful Gilda. Pure and light, like water....The two courses that followed were magical as well. Real food, no tricks. Dessert was skipped in favour of some more vino. Here was a chef who otherwise served dinner to his patrons over an average meal-time of 2 hours, 15 minutes and didn’t want to lower his style because I had to scamper off and eat an exquisite meal so hastily. He was humble yet proud and spent time explaining his creations.

In the case of both these chefs who were similarly aged and had each gone through the discipline of working as executive chefs with leading hotel groups in international destinations; they also got the extra mark because of the way they handled their supporting staff and team, introducing each by name and telling me (the diner) on what that person was good at. This goes a long way when building a career and creating a positive dining experience and developing a dedicated group of patrons who would in fact, think of re-visiting a city only to go back to these restaurants for an inspiring meal.

Things that make me go mmm....Manish Dayal as Hassan in the Hundred Foot Journey currently tops that list. We know that girls get very impressed with guys who do good in the kitchen. So when you are served the most delectable omlette from the hands of an awfully cute baawarchi with his molten-chocolate eyes maintaining a steady gaze as you take that first bite, it is easy to say that it’s going to be one of the best eggs you might ever have! The wonderfully charming movie with its heart-breaking young leads (Manish Dayal and Charlotte Le Bon) and the fantastic cast made this movie one of my favourite food movies of all times. In the same week I watched Chef and enjoyed it thoroughly too. In this case, the chef in question was definitely no Hasan but his young son was certainly a cutie!
Both movies are very different, but food is a basic and universal theme and when a foodie movie keeps it real and doesn’t stray away from the essence, it turns out well. Both movies dealt with the delicate and oft turbulent relationship between a father and son. Also, important to note is that both movies the male protagonists would never have enjoyed the success that they did, if there wasn't the support and prod given by the feminine forces in their lives. 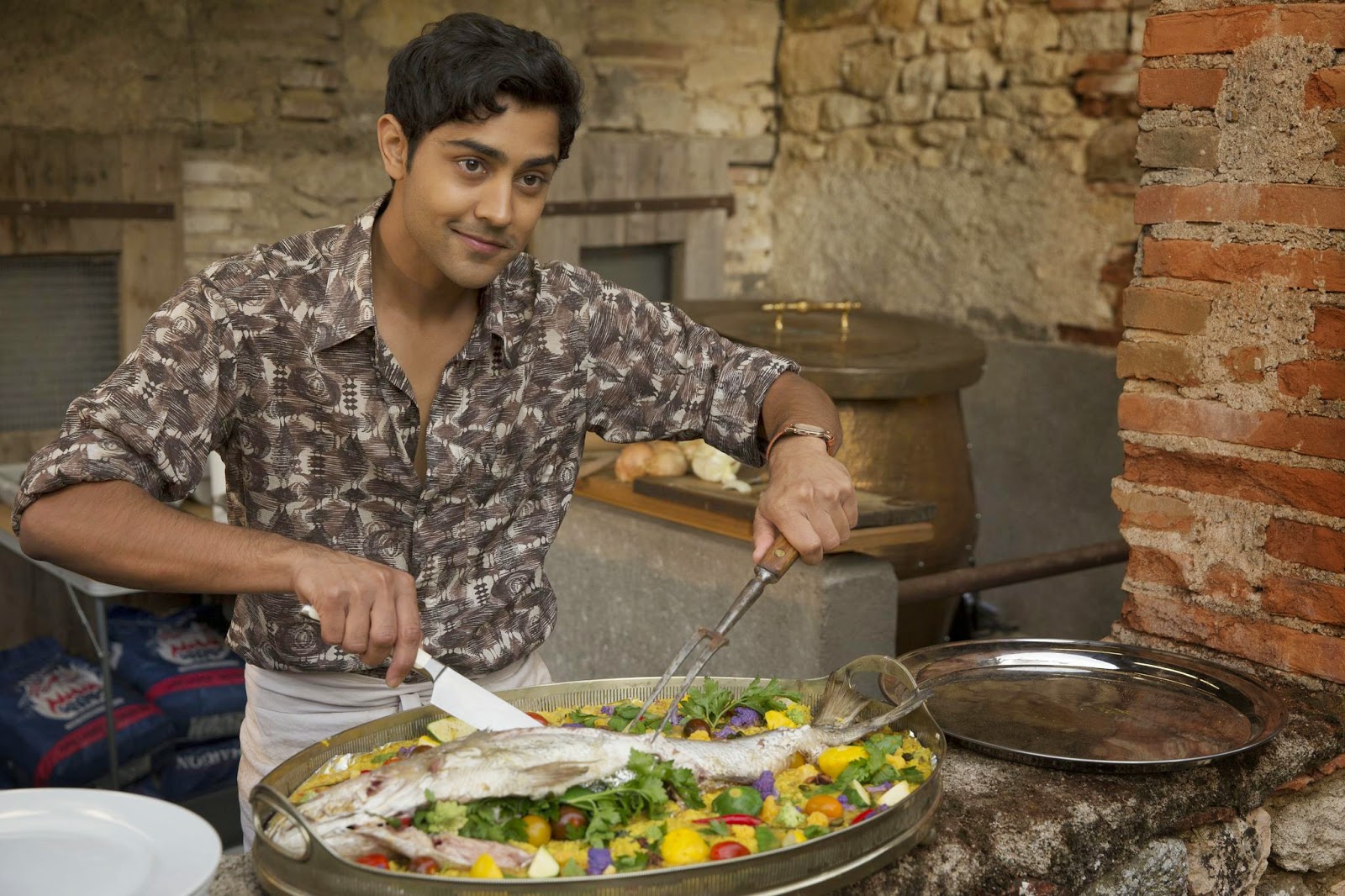 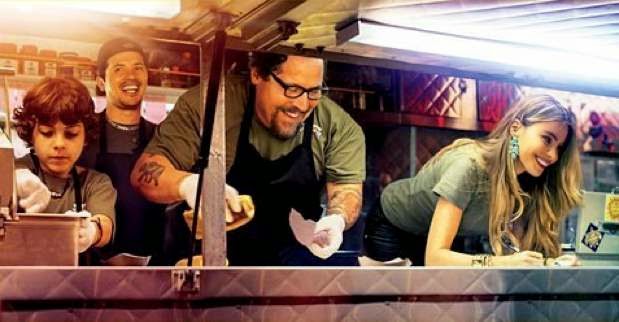 South Mumbai is in need for independent eateries and with a growing dining culture, hungry mumbaikars always look forward to something new opening up. Japanese food has been a worldwide favourite for the past 10 odd years and Mumbai seems to have lately got a couple of new japo joints. High up on my must try list is Saizen (the old Tetsuma) in Colaba, which has gotten encouraging reviews for food and value. Yukka another new one at the snazzy Palldium hotel has generated a bit of a buzz with the swish set. I am yet to hear very positive recommendations on it to make me venture to it. A little earlier, Guppy by Ai opened its Mumbai kitchen at the Racecourse. I have been to the Delhi restaurant twice and enjoyed it sufficiently for its kitschy vibe and fair food. Its Mumbai counterpart is apparently not very good and over-priced. Since I like stand-alone restaurants, I plan to give it a go soon too and decide for myself. Hold the wasabi until then.

I had a rather mellow weekend and a particularly homely Sunday. I did a bit of food-labbing myself today recycling last night’s dinner leftovers today at lunch with a Tandoori chicken salad, which turned out very good. And for dinner, I attempted  to stay healthy with a sesame-crusted baked salmon filet. The outcome was very average making me a bit anxious of my culinary skills since cooking salmon is for kitchen dummies.

It is really peculiar that the most well-known chefs around the world and in India are all men. Including the baawarchis and maharajas that work in our homes. Yet, it is assumed that women must be able to cook simply because we are the fairer sex and this is what the universe (men folk) expect of us. Our God given destiny!!! Clearing through that controversy chef Ritu Dalmia. A really inspiring female chef who has been consistently dishing out  excellent food and series of Diva restaurants to lucky diners in the capital city. She is no Tarla Dalal or Nigella Lawson and has the spunk, talent and discipline to make it bigger. My little wish is for her to find a spot in Mumbai soon - we need you here!!

As I make way to get it RIGHT, I hope to write again soon, but don't be too mad if I am spending time on mastering the art of preparing the essential yellow dal and the perfectly round roti - diaries of Belan Babe out soon! 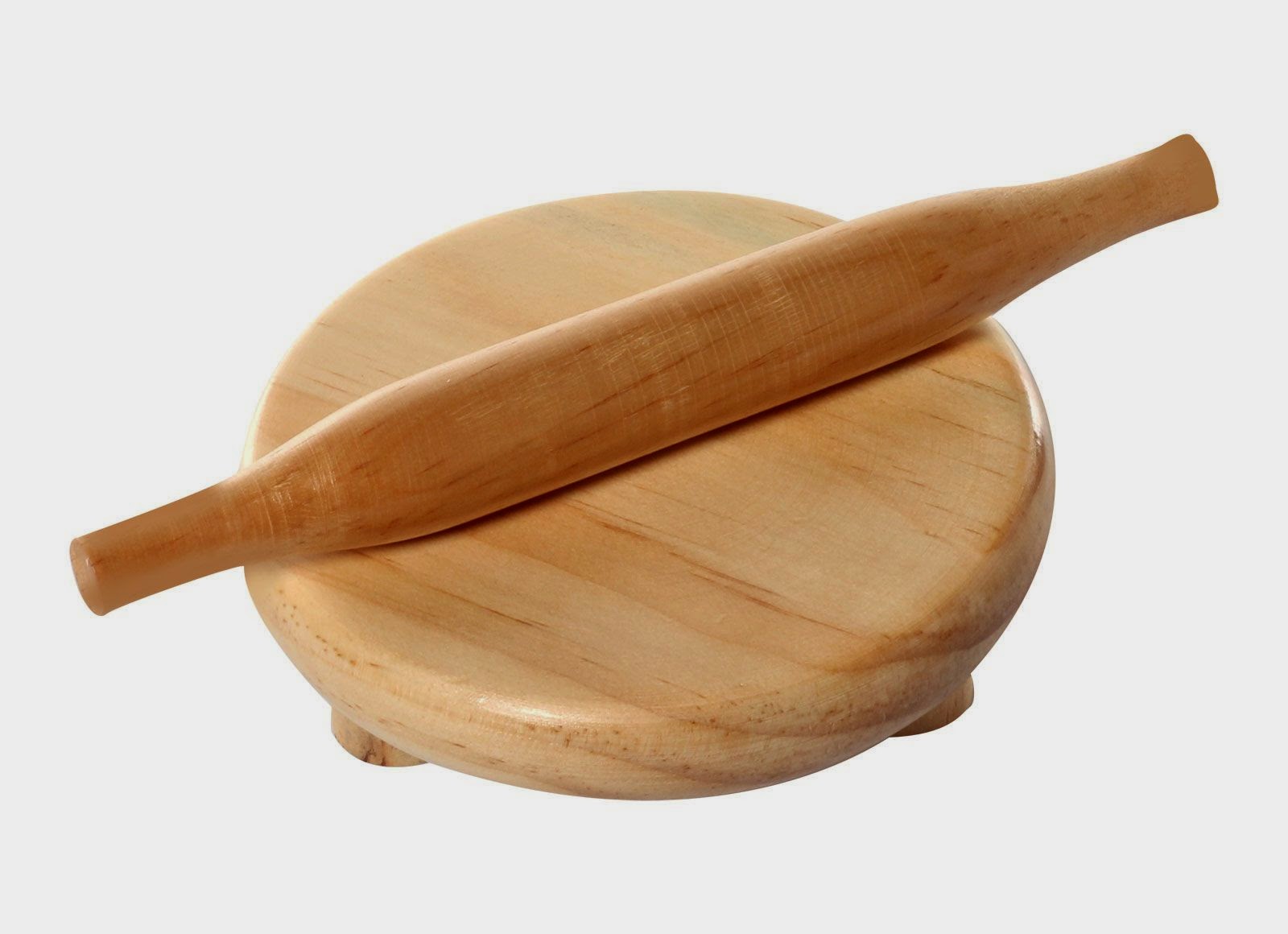