I am one of those lame people, who pretends to be uber healthy - lending the impression of being very selective and particular in my choice of foods. I love to say, "I just had a great run" or "Can you pass me a bag of pumpkin seeds?" and "I am craving a soya tofu burger" .

All of the above is true indeed. I honestly do love things that are bottled, packaged, labeled "ORGANIC" and "BIO". They are usually sold in a recycled material package and look raw and (un)appealing to most! The problem with me is my robust appetite, I eat a lot of the stuff when I eat. Thus kicking away any of the healthy benefits!
But hey - its the endeavor that counts, right?And in some way, I feel like I am doing a good thing not just for my self, but for society at large, by making a healthier choice.

So in keeping with this lifestyle choice, I am a huge proponent of ORGANIC LIVING. Marketers for organic food stuff would have a field day with me, being such a soft target for their wares.
Internationally, organic food has been around a while, and it became fashionable, cool and moralistic to consume some where around 2004. I remember visiting California in 2005 and getting introduced to organic food stuff..There is particularly trendy cafe in L.A called the Urth Cafe that was (and still is) the place to be. Every one around me was perfectly slim, perfectly tan and perfectly blonde - sipping on their ice lattes and organic grain muffins.

I was there for other reasons however - star struck and hopeful (hopeless, more like it!) with the idea of bumping into Vinnie or one of his entourage boys there!

Over the years, I have found several hood halls, super markets and street markets that are a real mecca for o-foods. One of my top fav's is the Whole Foods Market...a trip to NYC a few summers ago was had with a daily pit-stop at WF. I ending up spending a lot of  my "shopping money" on quinoa, barley, soy milk shakes, organic strawberries; instead of on  soho fashion delights.
In my time spent in Dubai, no weekend was complete without a mug of the house coffee with carrot cake and Abhijay at the Organic Cafe in Jumeirah. It was a sacred ritual that I miss very often!

When I was working in Paris, I was in an office filled with incredibly tall, skinny and well-heeled fashionistas and if you wanted to make a lunch plan with them, you had to be prepared for a no-salt, no-fuss, bio lunch chez Cojean. (www.cojean.fr) 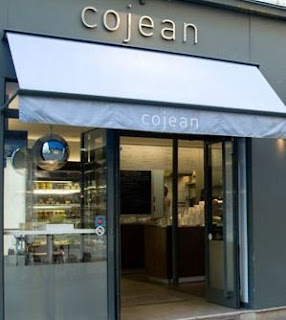 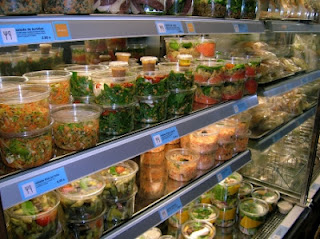 It was hilarious because the company we worked for had over 2000 employees and a tiny little cafeteria that served hot, good food. Given the supply/demand crisis, the cafeteria was always very full unless you went very early or very late. Instead, we were given restaurant tickets to lunch elsewhere...The 9 euro coupon bought you a few grains of this and a few leaves of that at Cojean versus the 4 course hearty meal one would get at the cafeteria in under 5 euros! Initially, all the tick-tock ladies would be storming towards Cojean but come the harsh winter, those very ladies would be in line, smoking away furiously waiting to enter the humble cafeteria! 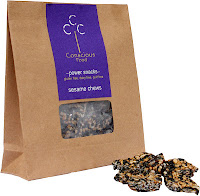 In Bombay, I don't get the choice as is available abroad, the concept is still very new and it isn't very interesting for the retailers either. The products are too expensive and the consumers don't have sufficient knowledge to make the organic choice when making a trip to the grocery store. There are some note worthy initiatives like Kavita Mukhi's line of products under the brand, Conscious Foods. She also organises a Famers Market of Fresh Produce in Bandra/Race Course every sunday. This initiative puts the farmers in direct contact with the consumers and eliminates the ruthless middlemen. I think we have already missed the last market for the season, but you can find Conscious Foods products at any big grocery store. (www.farmersmarket.co.in)

This weekend, I went wild gorging on the yummiest new organic treat - the organic chocolates by Fantasie, Chocolates - Zeba Kohli. I found them to be reminiscent of chocolates by this Swiss chocolatier, Tristan, who specialises in hand made chocolates which people just die for. Operating from one location- a tiny village outside Geneva called Bougy-Villars, the chocolatier is well-known and celebrated amongst the cacoa connoseirs and those "who know". So I was rather pleasantly surprised with Zeba's new offering which was so much like the Tristans in look and taste. 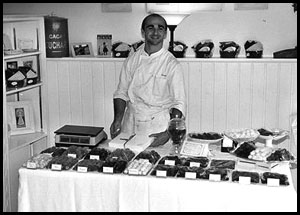 On Sunday, I was trying to explain to my friends just how awesome these chocolates were and my explanation to them went some thing like this, "guys, you got to try these new chocolates by Fantasie. You know the store at Kemps Corner? They have just launched a line or organic chocolates and they're really good....when you open the box and you have them, they are soooo good." They looked at one another and then at me, expecting I had something more to say. Did the story go anywhere? All I could muster was, "They are good. Verrrry Good"
Sure enough,  I was ridiculed for my lack of articulation and clearly didn't successfully sell them the chocs. To my defense, these chocolates are just very yummy. So very yummy, that I am unable to describe them. So go grab yourself a box soon! 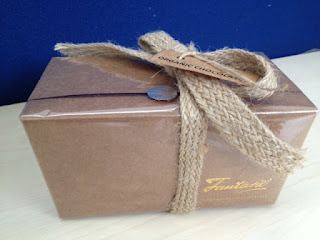 Ok, that's all for me, it is tea time now....Tulsi organic green tea, what else? 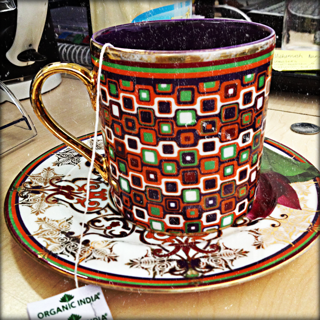