In the mood for Love

She listened.
He watched.
She soothed.
He played.
She healed.

And what about moi?

And continue to feel warm and flushed, with goosebumps and I tingle at the very thought of the scene from Madonna's movie, W.E, that I watched on board my flight. The scene I was particularly moved by, was when the Russian (dream boat - Oscar Isaac) plays the piano for the tormented and wounded woman, sitting in front of him.
It gives a girl hope (and also lets her build a dream) that this Man does exist. A man who will be there for her to watch her and to protect her. A Man of Honour.

W.E is such a deeply romantic and wonderful movie that simply transported me out of my present reality to another world. I often have to fight myself because I am very old fashioned when it comes to matters of the heart. I shout at myself for this simply because I have to learn that the times have changed and an old-school romance doesn't exist. There is no courtship. The gentleman doesn't waltz with the lady, unless of course, it is right into the bedroom! 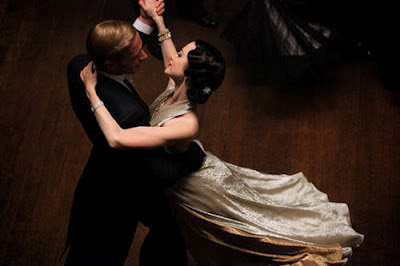 Madonna is so, so talented and the world refuses to give this creative force her due credit. This movie directed and co-written by her is another one of her masterpieces and the critical and commercial world slammed to bits. I wonder why it didn't do well commercially as the subject (Duke and Duchess of Windsor) and the theme (romance/drama) is of universal interest. From start to finish, there is not a detail out of place...Madonna-the-perfectionist has spared no means to ensure the styling, the makeup, the sets, the vehicles, the locations, the outfits and the jewelery are perfect. So perfect in fact, that she made sure that the Duchess's renowned collection of jewels (and crucifix charms) were not costume and the legendary jeweler Cartier, re-made them for the movie. (Only to be promptly destroyed, to preserve the value of the originals) 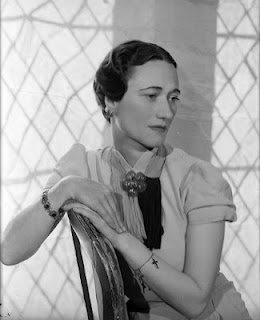 Even the outfits were re-created by fashion houses like Dior and Chanel. The Duchess of Windsor was a great patron of couture and Madonna insisted, along with her award-winning costume director, Arianna Phillips, that there would be no compromise.

All of these efforts would have been redundant, if it were lost on a poor starcast. And wouldn't that have been a shame?

The best part of the movie was the brilliant cast and I would owe this to Madonna herself once again, who made rather astute and bold choices of casting (rather unknown) English actors Andrea Riseborough and James D'Arcy as the lead couple. Not to mention, the smoldering Oscar Isaac (The Russian) and Abbie Cornish (Modern day Wallis) who just became the characters they were playing. 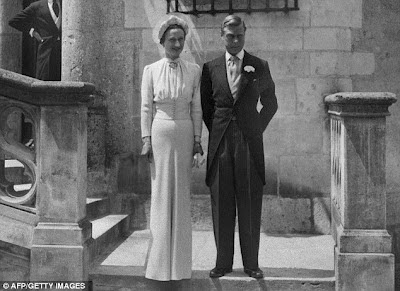 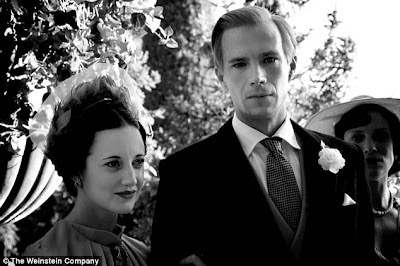