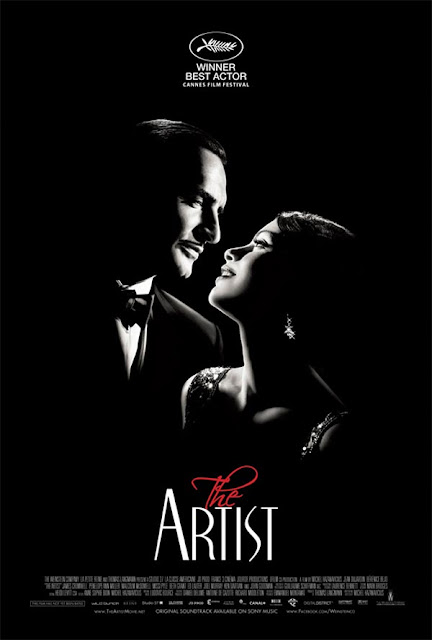 An ironic title after my long hiatus from this space...

No, i wasn't trying to make a point by remaining “silent”, I simply haven't had the time to pen any of my thoughts. And believe me, there has been a lot of thinking going on in the past few weeks.

But first up, I just had to write about “The Artist” to which the title of this post owes its name. I dragged my trusting (and vela!) sister, Anandita to Inox for a Saturday night movie treat. I was most keen to watch any of the new Oscar releases and it so happened that the timing for “The Artist” was most preferable.
Both of us were beyond exhausted from a week of busy-bodiness and I know she was obliging me by coming with me for the movie. We entered the cinema late and I was a bit surprised to enter to a black and white screen with no audible dialogue. I pressed her hand and whispered, “I think it is just a movie in a movie, Anna...” But five minutes in, and I realised that we were indeed watching a silent, black and white movie out of the late 1920’s! (This is a good time to die of embarrassment from my supreme ignorance to this highly acclaimed movie!)

“Ok, Ok, don’t fret. Grab a coffee. Acclimatize. Enjoy the cultural enrichment...it is after all, a front runner for grabbing the top academy award accolades. It has got to be very good.”

And you know what? It was better than good, it was excellent. Sure, it isn’t the coolest Saturday night plan, but it was an education; and a romantic one in that.

Jean Dujardin....aie aie aie. What a man. He has the same effect on me as Jon Hamm in Mad Men has. I dont know what it is was about those days...the slick-back shiny hair, the 3 piece suits, the swagger and strut with which they walked or is was it all about the macho pride they cultivated? I supposed it is the combination of it all that makes men such as these, utterly swoon worthy for women in this generation. We live in a different world, a world where men and women supposedly co-exist in equality, what men can do, women must do...and all that jazz...Today androgyny is in - women dress like men and men dress like women. Yeh hai style, boss.

So it was an immense pleasure to be transported to another era, an era of good ol' Hollywood drama, of pencil mustaches, of grand romantic gestures, of tap-dance, and of loyalty and most of all, amazing fashion! I couldn't believe that the usual me (i.e - fidgety and easily distracted) was pretty riveted right from the start, with a movie format hitherto unknown to me. To think that in this age of supercalifragilisticexpialidocious movie making, where one is looking out for the best technology in sound, in picture, in dubbing, in makeup, in costume; this movie marks a brave, inspired and perhaps I can say, an audacious move by director, Michel Hazanavicius.

Am sure now that the movie has sweeped up all the awards, more of us will make the effort to watch it. I urge as many to go - even if its to watch Jean's amazing dog or the scene where Peppy Miller has her moment with suit or if nothing, then to just to watch the final scene...tippity, tappity, tap! 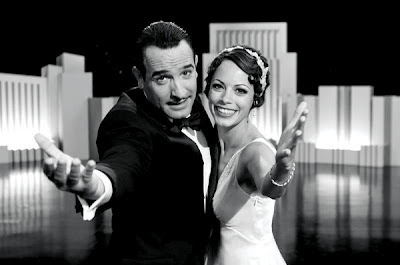